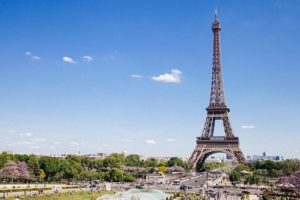 France’s romantic atmosphere, delicious food, and beautiful countryside have made it a favorite destination for tourists, retirees, and American expatriates. US citizens who choose to live in France are required to pay taxes in France in addition to filing US taxes. Therefore, if you plan to live in France, it is crucial as an American expatriate to understand the French and the US tax systems so you can plan effectively. Below is a summary of the expat tax details for Americans living in France.

The US government imposes taxes on the international income of their permanent residents and citizens who reside overseas. Therefore, all citizens and permanent residents of the United States living in France are obligated to file taxes every year in the US with the IRS. In most cases, US tax return filing is mandatory, even if you don’t have to pay any taxes.

In addition to the regular income tax return, you must also file a return which discloses your assets held in French bank accounts along with other financial assets. The FBAR is sent to the Department of Treasury while your tax return is filed with the Internal Revenue Service. The FBAR is due at the same time as your tax return.

US Tax Due Dates

US tax returns are due by the 15th of April. However, if you are living abroad as an expats, your US return is due on the 15th of June, because you get an automatic extension of 2 months. If you want a further extension, you can get it extended until the 15th of October. But you must submit Form 4868 for that before the 15th of April to avoid being charged interest and penalties.

Global income will be taxed in France for French residents. Some types of income will be excluded. Any excluded income will still be taken into consideration when calculating what rate will be applied to your income.

There is a tax regime for international persons on temporary assignment in France called the Inbound assignee regime. If you are to be eligible for this, you must not have been a French resident in the 5 years preceding your arrival. Also, you can’t be on the job assignment in the country for more than six years. Any additional benefits or compensation including relocation expenses or housing costs are also exempt from French taxation. This regime can only be applied for 5 years. When compensation touches the 20% grade, a yearly individual non-resident tax return is needed even though it has been withheld at source. However, these conditions and items must be specifically itemized in the employment contract before starting the employment. But if you are recruited by an employer in France, you can elect a 30% tax exemption under this regime instead of the above-mentioned itemized exemptions.

The tax rate for non-residents in France is at least 20%. Non-residents of France cannot claim any exclusions. Their income will be withheld on progressive income tax rates of 12% and 20% depending on the total taxable compensation. Non-residents only pay taxes on income and capital gains from French sources. Capital gains are taxed at the same rates as residents. For non-residents, taxes must be submitted by the 30th of June.

Tax due dates in France

French tax year follows the calendar year just like in America. However, your residency status, your location, and how you file would determine when your taxes are due. If you are a resident filing a paper return, they are due on the 30th of May of the following year. If you are a resident e-filing, your returns are due either on the 9th of June, or the 16th of June, or the 23rd of June, depending on your address.

Although you are required to file a US tax return while living in France, most expats do not owe any taxes.  In general, there are two ways to reduce the amount of taxes you owe in France.  The Foreign Earned Income Exclusion allows you to exclude the first $107,600 of foreign earned income from your US tax return.  Foreign Tax credits can provide a dollar for dollar credit against your US tax liabilities based on the amount of taxes you paid in France.  Each method has its advantages and disadvantages and they cannot be switched each year.  Speak with your tax advisor to choose which approach is right for you.

The IRS Streamline procedure program allows you to catch up with your US taxes without owing additional penalties. Under the IRS Streamlined filing procedures, you are entitled to certify that your failure to pay taxes due did not result from willful conduct. Give us a call or send us an email if you want to take advantage of the Streamlined Foreign Offshore procedure.