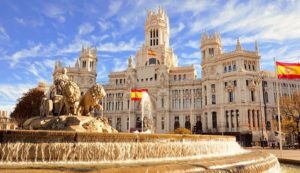 Spain has been a favorite destination for US expatriates for many decades. Its history, culture, beauty, opportunities, and nice climate are a draw for many people. Overall, the US tax structure is not significantly different from Spain, which may make it less overwhelming. But it is still crucial to be knowledgeable of the differing requirements of the American and Spanish tax systems.

The United States is among a few countries that tax the foreign income earned by its permanent residents and citizens who reside overseas. If you’re an American permanent resident or a citizen living in Spain, you must file expatriate tax returns with the US federal government every year. Even if you do not owe any US taxes, you are still be required to file the US tax return.

Along with your usual expatriate income tax returns, you are also required to submit a return known as FBAR by using Form114 of FinCEN disclosing assets which are held in Spanish financial or bank accounts.  If you have over $200,000 in foreign financial accounts, then you will need to file Form8938, Statement of Specified Foreign Financial Assets which is filed along with your tax return.

Spain residency for tax purposes is determined by the domestic legislation of Spain. To be seen as a Spanish resident, you have to meet the following requirements. You have to be present in Spain for more than 6 months during a calendar year. In cases of certain exceptions, you may have to prove that you are a tax resident in the US. You must have economic or business interests in Spain. Your spouse or underage kids are Spanish tax residents.

If you are a Spanish non-resident, you only pay taxes on the income sourced in Spain. The income tax rate for Spanish non-residents is 24%. But if you are a Spanish tax resident, you must report all of your worldwide income, which will be subject to income tax at progressive rates of up to 43%. However, up to €60,100 of earned income for work performed overseas can be excluded from tax if certain conditions are met.

Other Taxes in Spain

Apart from income tax on salaries paid, Spain has a few other taxes that everyone should be aware of. These include value-added tax, wealth tax, and property tax. Value-added tax is applied to consumer goods at 18%. For essential goods such as water, medicine, and food the VAT is from 4% to 10%. In 2011, Spain reintroduced the net wealth tax. Some regions have total relief from it, so in some places, it does not apply. However, most regions have NWT. Wealth tax applies to assets worth above €700000, with an additional €300000 allowed for a personal home. Spain does not have regional or state income taxes, although it does impose property taxes based on the region and the municipality where the taxpayer lives. Besides, inheritance tax is also imposed on a regional level and is based on where the taxable event occurred..

Spanish residents are eligible for several deductions and credits, including tax credits for investments in the main residence, foreign tax credits, maternity leave, business savings accounts, and business activities. To take advantage of it, you are required to meet certain conditions, and if met, you can have the opportunity to avoid paying taxes on Spanish sourced income as well as choosing to be taxed at a 24% flat rate rather than the progressive rates.

The tax year in Spain is the same as in the US, which runs from the 1st of January to the 31st of December. Tax returns must be filed between the 1st of May and the 30th of June of the following year with the Agencia Tributaria. There are no any deadline extensions on tax returns filing in Spain. You can choose to pay all of your taxes at a go at the time of filing or you can pay 60% of the taxes owed at the time of tax filing and the rest 40% before the 30th of November.

The United States has certain provisions that can help protect you from double taxation for the same income. The Foreign Earned Income Exclusion enables you to deduct your taxable income on expatriate taxes in the US by $107600 USD from your 2020 taxes. The Foreign tax credit allows you to offset the Spanish taxes dollar for dollar with your US expatriate taxes. The Foreign housing exclusion allows you to exclude certain household costs that happen as a result of living in Spain.

There exists a tax treaty between the United States and Spain, which helps determine when the taxes must be paid to which country and how much. The tax treaty is a guide to ensure that the right country receives the right taxes. Navigating the treaty can be a bit complicated and the requirements of your situation could be different. The US Spain income tax treaty overrides the domestic tax law of Spain.