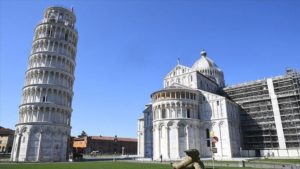 US Expat Taxes for Americans Living in Italy

Living in Italy can be an incredible experience. With picturesque landscapes in the countryside, a festive social atmosphere, fantastic cuisine, architecture, culture, history, and wine, Italy is a popular destination for American expatriates. Although the US tax structure is similar to Italy’s tax structure, if you are an expatriate living and working in Italy, it is critical to be aware of what taxes to be filed in the US and what is to be paid to the Italian social security system.

The US government taxes the national income of its permanent residents and citizens who reside overseas. All permanent residents as well as citizens of the United States of America who earn over the standard deduction amount from anywhere in the world have to file US tax returns every year with the federal government using Form1040 and pay IRS taxes regardless of where they live or where their income is generated. Even if they do not owe any US taxes, they still have to file a return.

Apart from income earned in the US, the US government also taxes the international income earned by citizens and permanent residents residing abroad. Many Americans have to file an informational return on assets held in foreign bank accounts as well, even if nothing is owed. If your foreign financial assets are worth $200,000 or more, excluding your own home registered under your name, you should declare them by filing Form 8938. Although taxes owed are due by 15th April, expatriates get an automatic extension until 15th June. This can be extended further online until 15th October.

The equivalent of IRS in Italy is known as the Agenzia Delle Entrate. The tax rates currently range between 23% and 43%. In Italy, social security taxes are paid on a national level at progressive rates based on income earned, residency, location of the employer, duration of time spent within the country, and taxpayer’s presumed plans. There are also regional and municipal income taxes. Municipal tax rates vary from 0.1% to 0.8% and regional tax rates vary from 0.9% to 2.03%. If you owe taxes, at least 40% of the payment must be made before 31st May and the remainder can be paid before 30th November. Italy does not give extensions to its taxpayers. Penalties in Italy are harsh for late filing.

Both employers and employees must contribute to the Italian social security system. Expats who live in Italy will have their tax withheld at source from their pay by the employers. Therefore, if you have only a single source of income to be reported to the Finance Ministry, there is no need to file a tax return in Italy.

You are considered a tax resident of Italy if you are registered with the Italian public registrar or spend more than 183 days of a tax year in Italy. All American citizens who are Italian residents should file a tax return in Italy and must pay taxes on their global income. Those who are not residents of Italy will only pay taxes on the income that is earned in Italy.

Italian tax authorities require that expatriates report all their assets or properties that are held outside Italy, which includes savings and property accounts. They must file a monitoring return using a form, Modello 730/740, with their normal tax return in Italy though they aren’t currently taxed. It should be submitted to the Ministry of Finance sometime between May 1st and June 30th. Any transfers of investments or cash either out of or into Italy must be reported as well. These transfers or assets do not incur any tax payments, but they have to be filed and if they are not filed, there will be significant penalties to be paid.

There are additional taxes in Italy apart from income tax. Non-cash compensation is taxable at different rates. For example, company cars are taxed according to a value calculated by the Italian car associated to determine the operating cost to run the car. Another non-cash compensation such as housing is treated as normal income. Also, there are real estate taxes in Italy based on the value of the property and the municipality tax rate of the place where the property is located, which ranges from 0.4% to 0.7%. There are also reduced tax rates for gifts to family members.

The good thing is that if you already pay tax in Italy, there are many exemptions and exclusions available to prevent you from paying taxes in the US. The foreign earned income exclusion entitles you to decrease your 2020 taxable income by the initial $107,600 earned. The Foreign housing exclusion entitles you to an additional deduction for amounts paid towards household expenses that happen as a consequence of living overseas. There are also deductions in place applicable to your income including charitable contributions, social security contributions, and family allowances.

Some provisions protect taxpayers from double taxation. US and Italy have a totalization agreement. The US Italy Totalization agreement relates to dual citizens’ social security. The main goal of this tax treaty between the US and Italy is to reduce double taxation on US citizens living in Italy and Italians living in the US. In a few cases, you can choose between paying into Italian or American social security. Understanding the US Italy tax treaty combined with proper planning in preparing tax returns would allow you to minimize or eliminate certain US expatriate tax liabilities.

The Italian and US governments share taxpayer information and the banks in Italy pass on all information of their US account holders to the US tax authorities. Moreover, tax evasion penalties for expatriates are very tough, to say the least. Hence, burying your head in the sand or hiding the truth will be at your peril. If you’re a dual citizen or an American citizen or a green card holder and you have resided in Italy but haven’t been filing taxes in the US, there’s something known as the IRS Streamlined procedure which would allow you to file without penalties.  Send us an email or let us know if you have not been filing your taxes and need to get caught up.