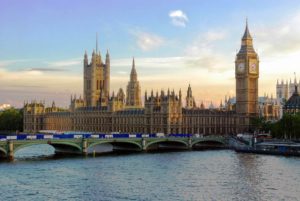 The UK is a very popular destination for American expatriates because it is a huge business hub with lots of historical sites and there no language barrier. There is a large US expatriate community of around 225,000 US citizens living in the UK. If you are planning to move to the UK, it is important to understand how working and living there as a US expatriate will affect your expatriate taxes in the US.

The US is among a few governments that tax foreign income earned by their permanent residents and citizens regardless of where their income is generated or where they live. Therefore, as a US expatriate, you must file tax returns with the IRS every year if your UK income meets the thresholds even if you pay UK taxes as an expatriate. In the US, the 2021 minimum income thresholds for filing are $12400, or $400 as self-employment income or $5 of any income for US citizens married but filing their taxes separately from a foreigner. If your income meets these minimum thresholds, you are required to file using Form 1040. You may not owe any US tax even if your income is above the minimum threshold. However, US tax return filing is still required regardless of whether you owe taxes or not.

Along with the US income tax return, you must also submit return disclosing assets if you have been holding them in UK bank accounts by using FinCEN IRS Form114. If you had more than $10,000 in foreign bank accounts at any given time during the year, you also need to declare it using Form FinCEN 114, sometimes called the FBAR. You also need to declare any foreign financial assets worth above $200,000, using Form8938.

US tax due date

In Britain, the HMRC is the equivalent of IRS in the US. This office sets the guidelines that determine your UK residency and domicile status along with their requirements. The HMRC is constantly making changes to the regulations of the UK, and in April of 2008 made the structure much more complicated. Hence, you may be much better off if you contact an expert to ascertain your UK status while you are in the country.

Your UK residency is going to be determined by the number of days you are physically present in the country and your long-term intentions. Being present for purposes of counting days means being in the country at midnight. Whether or not you are required to pay UK tax on your foreign income will depend on your residency status.  For UK tax purposes, domicile is crucial in factoring global income. Domicile is where a taxpayer has a long-term, permanent home. It is different from nationality, residency, or citizenship. A vast majority of US expatriates in Britain are considered as non-UK domiciled.

If it is determined that the taxpayer has paid enough tax using payroll withholding, you will not receive a form in which case you don’t have to submit any tax returns if there is no other applicable circumstance or income. If you don’t receive the forms from the government, you can register online if you need them. The process may take up to 2 weeks since a PIN must be mailed. If you do it online, you must do it early to avoid late penalties.

Taxpayers are required to obtain a National insurance identification number to be eligible to work and file tax returns in the UK. As a US expatriate, you must pay into the National insurance of the UK after you have started employment, to cover the cost of welfare, pension plans, health insurance, workers compensation, and unemployment insurance, along with several other social programs currently in place. This is applied through the Jobcentre Plus office. Identity proof, residence permit, and proof of any partnership or marriage are required.

The UK tax year runs from the 6th of April to the 5th of April, rather than the 1st of January to the 31st of December. UK tax returns are to be submitted before October 31st of the tax year to the HMRC if filing by paper. If e-filing, you have until January 31st of the following year with no extensions available.

The US UK Tax treaty is useful for defining situations when you are not sure to which country taxes are to be paid. The treaty explains complicated tax issues that are not clear. The US UK Tax treaty contains provisions that benefit some Americans such as sportsmen, entertainers, students, and those who receive retirement income. The treaty also contains several special provisions that help protect you from double taxation on the same income.

The foreign earned income exclusion allows you to exclude $107,600 of earned income from US tax if you can prove that you are a UK resident or you spent a minimum of 330 days in the United Kingdom the previous year.

The Foreign Tax Credit applies UK taxes paid as a credit toward your US taxes owed. This is often a good option for US expats living in the UK because British income tax rates are higher than US rates. If you pay more UK tax than US tax, you can even carry forward the excess tax credits.

The US and UK governments share taxpayer information, and UK banks pass on their American account holders’ account details to the IRS. If for some reason you were not aware that you had to file US tax returns, then the IRS’s Streamlined program allows you to catch up without having to pay penalties. The program is voluntary. However, if the IRS catches you before apply for the Streamlined procedures, then the program may no longer be available.