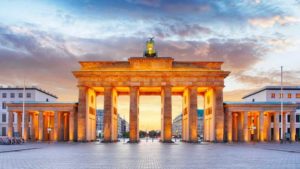 Germany is a favorite destination for Americans moving overseas. Thousands of US citizens live in Germany drawn to its culture, business-friendly atmosphere, a large American military presence in cities like Berlin, Essen, and Munich as well as numerous international company headquarters located in the country. Living as an American expatriate in Germany will affect your tax obligations since you will most likely be required to file taxes in Germany as well as in the US. Hence, it is important to understand your tax obligations in Germany, But, at the same time do not forget your US expatriate taxes as well, which will be affected by the German tax system now that you are living there. Here is a breakdown of what you need to know about your German and US tax obligations.

In addition to your usual US expatriate income tax return, you may also have to submit a return disclosing asset that are held in German bank accounts by using Foreign bank and other account reporting, also known as FBAR, FinCEN Form114. Along with this, the Statement of Specified foreign financial asset Form 8938 also needs to be filed.

While America tax the international income of their permanent residents and citizens who reside in Germany, fortunately, it does have certain special provisions in place that can help protect you from possible double taxation. The Foreign Earned Income Exclusion would allow you to bring down your 2020 US taxable income by the initial $107,600 dollars earned as a result of your work while residing in Germany. The Foreign tax credit would allow you to lower your US taxes on your remaining income by specified amounts paid to the government of Germany. If you prepare a quality tax return with proper planning by taking advantage of these exclusions and other strategies, you can at least minimize or sometimes even eliminate your tax obligation in the US while residing in Germany.

If you plan on staying for more than 6 months in Germany, then you are considered a resident of Germany. You can also prove residency by having a presence or establishing a residence in Germany that indicates that you will be residing for a long term in the country. A departure from Germany is enough to cease your resident status if you have no bonds such as financial or other connections or primary residence. Even being a German citizen is not enough to establish residency for tax purposes if you exit the country.

The tax rate in Germany is relatively high compared to the US tax rates. However, although you pay more up-front to the tax authorities in Germany, you will eventually benefit from savings on your United States expatriate taxes when you file your return with the IRS. Because of the high tax rates in Germany, it is vital to understand filing requirements and tax obligations so that you can plan to minimize taxes that are due to both the German and the US authorities.

Taxable income in Germany is employment income after allowable and standard deductions. The progressive tax rate would depend on the income. The first threshold is €57051 charged at 42% and the second threshold is €250730 charged at 45%. Any income surpassing this will be charged 47%.

The taxes on investments and capital gains in Germany is 25%. Losses from sales of assets and investments can be excluded from income earned from other investments or asset sales. The tax system is set up in such a way that these taxes are deducted automatically at the source. But they will not be deducted automatically if the income is from outside Germany, although taxes are still due to the German tax agencies. Inheritance tax is 25% but there is no wealth tax in Germany. Real estate capital gains will only be taxed if the property was not owner-occupied and was held for less than 10 years. Taxes on rental income are due where the rental is located.

Germany’s tax year is the same as in the United States, January 1 to the December 31. This timeline is convenient for administrative reasons since both the taxes can be filed at the same time possibly reducing the effort and time put into filing taxes. The due date for filing tax returns is by the 31st of May of the following year. If a tax professional prepares the return, the time limit is automatically extended to December 31. You can also extend it further until the 28th of February of the subsequent year if you apply in writing. Any taxes owed will be due a month after you receive the income tax assessment notice sent by the German Ministry of Finance. Penalties for late filing are 10% of the assessed tax amount but cannot exceed €25000. If your taxes have an outstanding balance, in addition to the late penalty, half a percentage point per month is also charged on the taxes due.

Germany has a tax treaty with the US that determines where taxes should be paid. Most tax matters are based on residency status. Anyone earning income from the US will want to review the tax treaty between Germany and the US in consultation with an expat tax expert.