Do US Expat Taxpayers Have to Continue Paying US Taxes While Living Abroad? 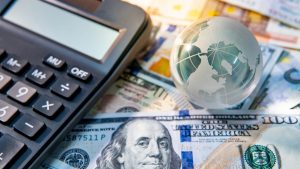 As a US expat living abroad, are you unsure whether you need to continue to file US federal tax returns and pay US federal taxes?

Despite what you may have heard, the answer is yes – US taxpayers residing abroad and earning foreign-source income still have an ongoing requirement to file their US returns and pay any US taxes due, unless their gross income is below the minimum income threshold, based on the taxpayer’s filing status.

The United States is one of only two countries in the world which uses a taxation system based on citizenship, as opposed to two other, much more common systems – territorial-based and residence-based taxation.

As a US expat living abroad, you will likely have a US tax filing obligation if you have personal income such as wages, salary, commissions, pension distributions or alimony payments; investment income such as interest, dividends or capital gains; or income from rental property – even if all of the income was from foreign sources, and is also taxed by a foreign country.  The same is true even for a US citizen or resident alien who has never even set foot in the US.

You may also have US tax filing obligations even if you don’t have any income, but are married to someone who did have income.

Also, expats need to keep in mind that they may also have an annual requirement to file an FBAR on FinCEN Form 114, Report of Foreign Bank and Financial Reports.  An FBAR report must be filed with the US Department of the Treasury if a US person, at any point during the year, had a combined highest balance of more than $10,000 in all of his or her foreign bank and other foreign financial accounts, including investment, pension and insurance accounts.

For upcoming tax year 2021 (filing in 2022) these will be the filing thresholds, by filing status:

These filing thresholds correspond to the standard deduction amount for each filing category.  Please note that US expats with non-US spouses are normally considered to have a filing status of married filing separately, with a very low filing threshold of only $5.

As outlined above, US citizens and resident aliens must file a US federal tax return annually, even if they reside abroad.  Fortunately however, very often US expats do not owe any US federal income tax on their returns as filed.  Why is that?

To help mitigate this double taxation, US tax law provides a provision known as the Foreign Earned Income Exclusion (FEIE) claimed on Form 2555.  The FEIE allows a qualifying taxpayer (basically, a US citizen or resident alien who has resided abroad for at least 1 calendar year) to exclude a certain amount of  foreign earned income from US taxation. For tax year 2020 (filing in 2021), expats are permitted to exclude $107,600 ($108,700 for 2021) of income earned abroad from their US taxes.

US expats should note, however, that the FEIE only applies to foreign earned income; other income, such as interest, dividends, capital gains, pensions, US-sourced income, etc., cannot be excluded using the FEIE, and are fully subject to US taxation.  Also note that if your spouse is a US citizen or resident alien and also has foreign earned income, he or she can also claim the FEIE against his or her own income, up to the same maximum exclusion amount cited above.

Another provision to help mitigate double taxation is the Foreign Tax Credit (FTC), claimed on Form 1116.  If a US taxpayer’s foreign income was taxed by a foreign country, the tax can be claimed as a tax credit on the US return, reducing the US tax liability dollar-for-dollar, often substantially. However, US expats should note that the FTC cannot be claimed for foreign taxes paid or accrued on foreign earned income excluded on Form 2555. In other words, you can only claim the FTC for foreign taxes paid or accrued on the same income that the US is taxing.

I’m Able to Claim the FEIE and FTC on My Tax Return, and as a Result, I Owe No US Tax – Do I Still Need to File a US Return?

Yes – you must file a US federal tax return, even if your US tax liability is reduced to zero after applying the FEIE and/or the FTC.

Have any additional questions?  Contact Universal Tax Professionals today, and we will be happy to help you out with anything you need.